18 Worst Dresses Worn By These brides Are Terrible.

15 People Who Are Too Dumb For The Internet World

Internet is the place where we showcase our talents, where it is only place where we can communicate with different people and internet is loaded with the great, but dumbest people. Some people are seriously dumb that it will make your day.

Internet is the place where we showcase our talents, where it is only place where we can communicate with different people and internet is loaded with the great, but dumbest people. Some people are seriously dumb that it will make your day.

Written by LebanonStuff on March 23, 2018. Posted in Business. Leave a Comment

EU’s High representative for foreign affairs and security policy Federica Mogherini speaks to the press as she arrives on the first day of a summit of European Union (EU) leaders at the EU headquarters in Brussels, on March 22, 2018. / AFP / JOHN THYS

Written by LebanonStuff on March 22, 2018. Posted in Technology. Leave a Comment

Facebook founder Mark Zuckerberg has admitted that the social network “made mistakes” that led to millions of Facebook users having their data exploited by a political consultancy.

Cambridge Analytica is accused of improperly using the data on behalf of political clients.

In a statement, Mr Zuckerberg said a “breach of trust” had occurred.

In a later interview with CNN he said he was “really sorry”, and pledged to take action against “rogue apps”.

He added that he was “happy” to testify before Congress “if it’s the right thing to do”.

In his statement posted on Facebook, he promised to make it far harder for apps to “harvest” user information.

“We have a responsibility to protect your data, and if we can’t then we don’t deserve to serve you,” Mr Zuckerberg said.

What has Zuckerberg pledged to do?

To address current and past problems, Mr Zuckerberg said his company would:

Mr Zuckerberg added: “While this specific issue involving Cambridge Analytica should no longer happen with new apps today, that doesn’t change what happened in the past.

“We will learn from this experience to secure our platform further and make our community safer for everyone going forward.”

I read one thing loud and clear from Mr Zuckerberg’s initial statement: Facebook is not prepared to take the blame for what has happened.

Contrition has never been Mr Zuckerberg’s strong point, and the statement, days in the making, was no different.

No apology to users, investors or staff over how this incident was allowed to happen by the data policies in place at the time.

No explanation as to why, after learning its data was being abused like this in 2014, it opted to give the companies a telling off instead of banning them outright.

No reasoning as to why Facebook failed to inform users their data may have been affected. Technically, it still hasn’t.

Mr Zuckerberg’s words were not an explanation, but a legal and political defence. This company knows it is heading into battle on multiple fronts.

What is the row about?

In 2014, Facebook invited users to find out their personality type via a quiz developed by Cambridge University researcher Dr Aleksandr Kogan called This is Your Digital Life.

About 270,000 users’ data was collected, but the app also collected some public data from users’ friends.

Facebook has since changed the amount of data developers can gather in this way, but a whistleblower, Christopher Wylie, says the data of about 50 million people was harvested for Cambridge Analytica before the rules on user consent were tightened up.

Mr Wylie claims the data was sold to Cambridge Analytica – which has no connection with Cambridge University – which then used it to psychologically profile people and deliver pro-Trump material to them.

The firm’s chief executive, Alexander Nix – who was suspended on Tuesday – was secretly recorded in a Channel 4 investigation saying the London-based company ran Donald Trump’s digital campaign during the 2016 US election.

“We did all the research, all the data, all the analytics, all the targeting, we ran all the digital campaign, the television campaign and our data informed all the strategy,” he added.

Dr Kogan has said he was told by Cambridge Analytica everything they had done was legal, and that he was being made a “scapegoat” by the firm and Facebook.

How has Cambridge Analytica responded?

Facebook says users’ data was obtained legitimately but Cambridge Analytica failed to delete it when told to do so.

For its part, Cambridge Analytica says it did delete the data when told to by Facebook.

It suspended Mr Nix following his comments which appeared to suggest tactics his company could use to discredit politicians online.

However, the firm said the report of comments secretly recorded by Channel 4 News had “grossly misrepresented” Mr Nix’s comments.

What investigations are under way?

US senators have called on Mr Zuckerberg to testify before Congress about how his company will protect users, while consumer watchdog the US Federal Trade Commission has reportedly opened an investigation into Facebook.

The head of the European Parliament also said it would investigate to see if the data was misused.

The UK’s Information Commissioner Elizabeth Denham is attempting to obtain a warrant to search the offices of Cambridge Analytica.

Meanwhile, a UK parliamentary committee has called for Facebook boss Mark Zuckerberg to give evidence about its use of personal data.

What does the future hold for humanoid robots?

Written by LebanonStuff on March 21, 2018. Posted in Technology. Leave a Comment 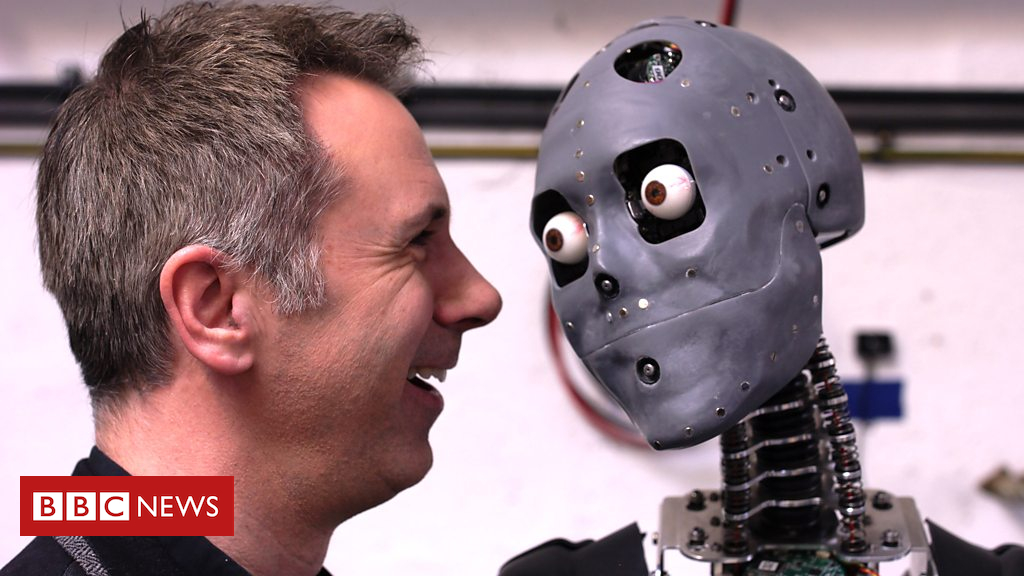 Humanoid robots will be used as entertainers and in commercial spaces but will not undertake major tasks, according to the director of a company that makes robotic performers.

Most artificial intelligence (AI) does not need a body to work, explains Engineered Arts director Will Jackson, adding that the human body is very hard to replicate and there is much more work to be done.

Written by LebanonStuff on March 21, 2018. Posted in Business. Leave a Comment 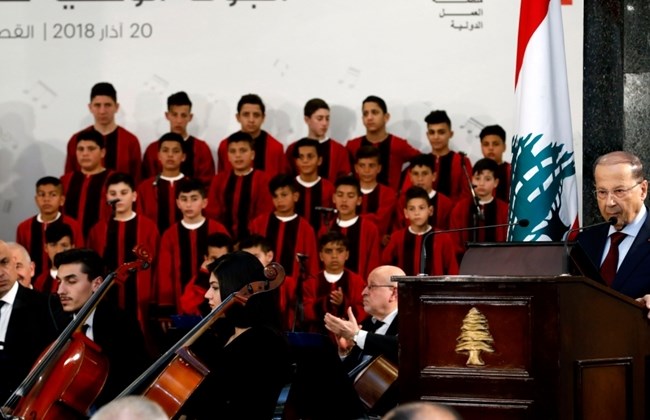 The Daily Star
A version of this article appeared in the print edition of The Daily Star on March 21, 2018, on page 3.

Written by LebanonStuff on March 20, 2018. Posted in Technology. Leave a Comment

The UK’s Information Commissioner says she will seek a warrant to look at the databases and servers used by British firm Cambridge Analytica.

The London-based company is accused of using the personal data of 50 million Facebook members to influence the US presidential election in 2016.

Its executives have also been filmed by Channel 4 News suggesting it could use honey traps and potentially bribery to discredit politicians.

The company denies any wrongdoing.

On Monday broadcast hidden camera footage in which Cambridge Analytica chief executive Alexander Nix appears to suggest tactics his company could use to discredit politicians online.

In the footage, asked what “deep digging” could be done, Mr Nix told an undercover reporter: “Oh, we do a lot more than that.”

He suggested one way to target an individual was to “offer them a deal that’s too good to be true and make sure that’s video recorded”.

He also said he could “send some girls around to the candidate’s house…” adding that Ukrainian girls “are very beautiful, I find that works very well”.

Mr Nix continued: “I’m just giving you examples of what can be done and what has been done.

Channel 4 News said its reporter had posed as a fixer for a wealthy client hoping to get a political candidate elected in Sri Lanka.

However, Cambridge Analytica said the report had “grossly misrepresented” the conversations caught on camera.

“In playing along with this line of conversation, and partly to spare our ‘client’ from embarrassment, we entertained a series of ludicrous hypothetical scenarios,” the company said in a statement.

“Cambridge Analytica does not condone or engage in entrapment, bribes or so-called ‘honeytraps’,” it said.

Mr Nix told the BBC’s Newsnight programme that he regarded the report as a “misrepresentation of the facts” and said he felt the firm had been “deliberately entrapped”.

Christopher Wylie, who worked with the company, claimed it amassed the data of millions of people through a personality quiz on Facebook that was created by an academic.

Ms Denham demanded access to the firm’s databases and servers after it missed her Monday deadline.

“I’m not accepting their response so therefore I’ll be applying to the court for a warrant,” she told Channel 4.

She said she wanted to understand how data was “processed or deleted by Cambridge Analytica”.

Cambridge Analytica insists it followed the correct procedures in obtaining and using data, but it was suspended from Facebook last week.

Facebook, meanwhile, will hold an open meeting with its employees later to discuss the matter, tech news website The Verge is reporting.

Facebook said it has hired its own digital forensic team to audit Cambridge Analytica.

“This is part of a comprehensive internal and external review that we are conducting to determine the accuracy of the claims that the Facebook data in question still exists,” the firm said.

“If this data still exists, it would be a grave violation of Facebook’s policies and an unacceptable violation of trust and the commitments these groups made.”

Facebook said Aleksandr Kogan, the creator of the personality app from which the data had been harvested, had agreed to be audited, but Mr Wylie – who made the claims about the way the data was gathered and used – had declined.

There are a few things to be aware of if you want to restrict who has access to your data.

“Many apps on your phone will have permission to access location data, your entire phone book and so on. It is just the tip of the iceberg.”