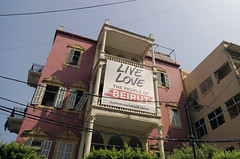 A banner hangs on the facade of an old building in the Lebanese capital Beirut’s Gemmayzeh neighbourhood on September 3, 2020, a month after the August 4 port explosion that killed at least 191 people, wounded more than 6,500 others and ravaged swaths of Beirut. – One month on, life is slowly trickling back into the ravaged area which has become a stomping ground for security forces and an army of volunteers that mobilised en massé to sweep debris and spearhead repair efforts in the explosion’s aftermath. (Photo by JOSEPH EID / AFP) 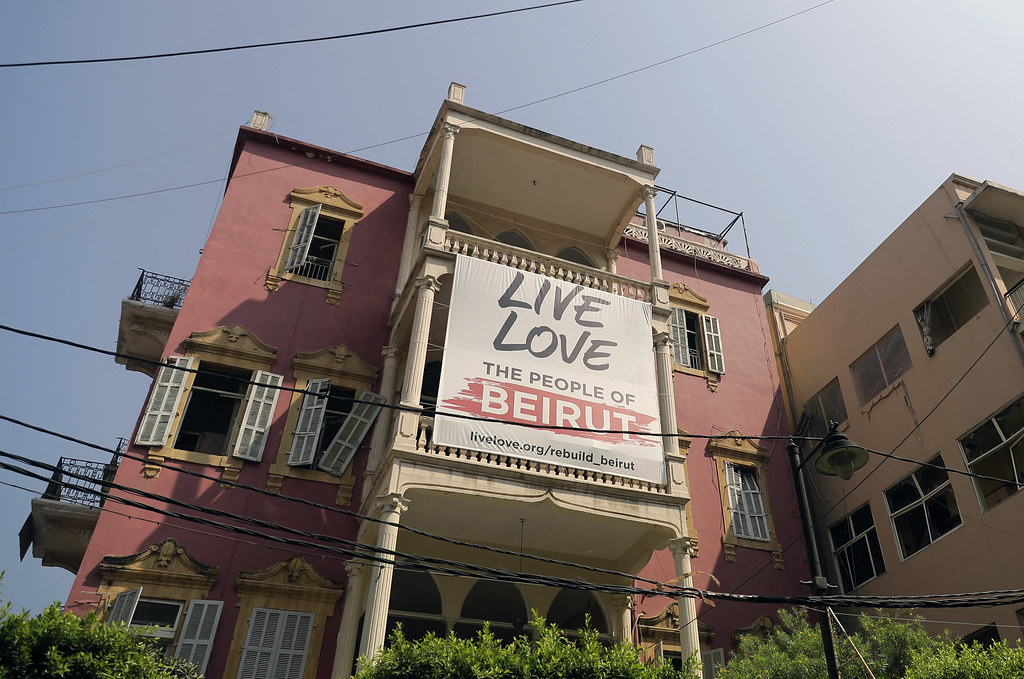