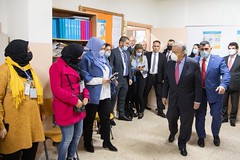 Secretary-General António Guterres visits Lebanon to reaffirm the support of the work of the UN in Lebanon; including political teams, peacekeepers, humanitarian aid workers and development professionals, as well as for the country and its people. The Secretary-General will meet with Government officials, as well as a number of religious leaders and civil society. He will also travel to southern Lebanon to visit the UN Interim Force in Lebanon and tour parts of the Blue Line.

Secretary-General António Guterres (third from right)
greets school parliamentarians and committee members as he
visits a school run by the United Nations Relief and Works Agency for Palestine Refugees in the Near East (UNRWA) in Tripoli, Lebanon. 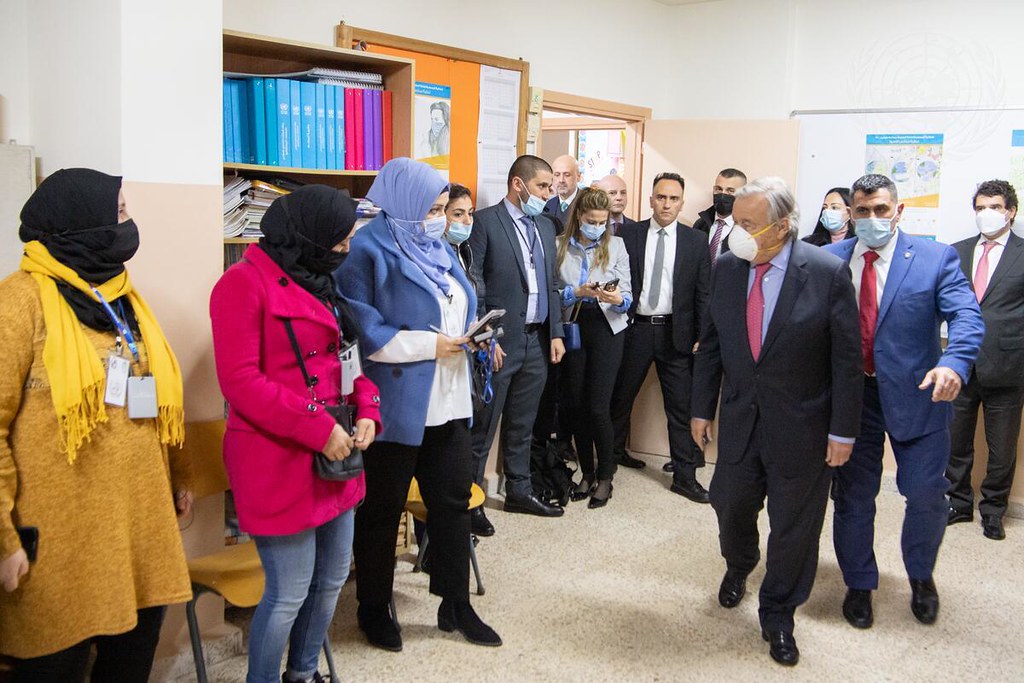