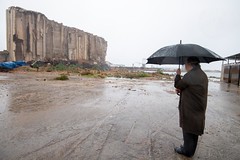 Secretary-General António Guterres visits Lebanon to reaffirm the support of the work of the UN in Lebanon; including political teams, peacekeepers, humanitarian aid workers and development professionals, as well as for the country and its people. The Secretary-General will meet with Government officials, including President Michel Aoun, Speaker Nabih Berri and Prime Minister Najib Mikati, as well as a number of religious leaders and civil society. He will pay tribute to the victims of the Beirut Port blast and will also undertake field visits to interact with people impacted by the numerous crises the country has been facing. Finally, the Secretary-General will travel to southern Lebanon to visit the UN Interim Force in Lebanon and tour parts of the Blue Line.

The Secretary-General visits the port of Beirut to pay tribute to the victims and observe a moment of silence.

In August 2020 a large explosion took place in a warehouse in the port that destroyed much of the centre of Beirut. Thousands were injured and some 200 people lost their lives. 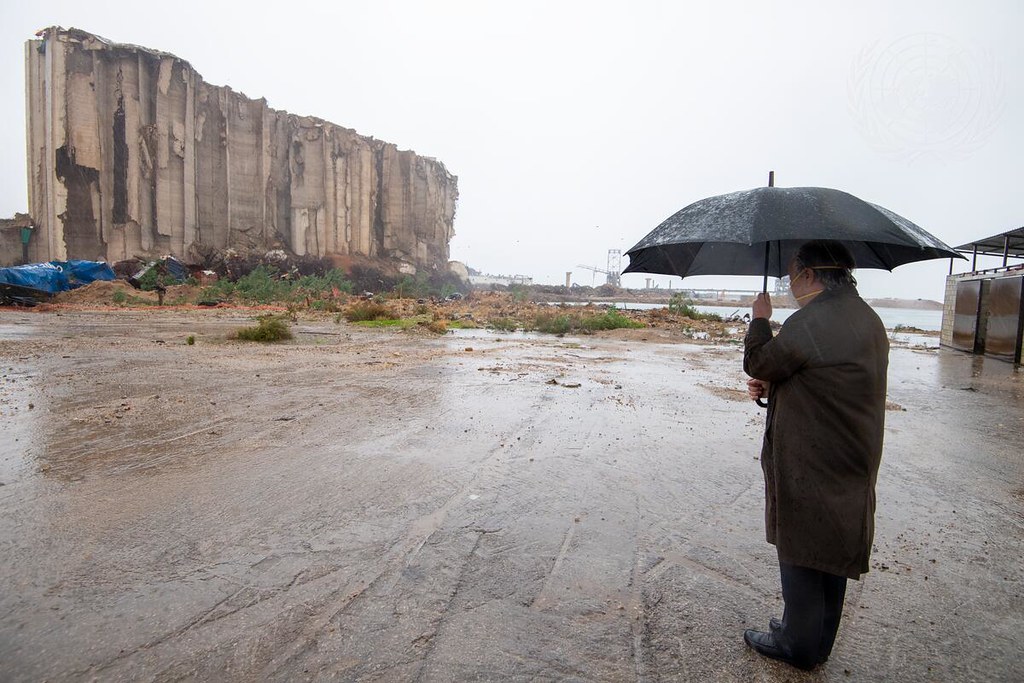